Slipping Through the Medical Cracks

Not one or two, but half a dozen horror stories surfaced during my tour across BC with my book Running From Cancer: a tilted memoir. The story of someone waiting six months to get an appointment to see the specialist only to discover their paperwork never MADE it to the specialist's office. A phone from the doctor's receptionist makes the discovery and the wait must begin again. Talk about losing your hair... never mind the chemo...I'd pull mine out from the sheer frustration. 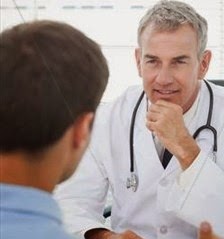 How about this one- a 59 year-old super healthy male had tests done in January from his not feeling good with pain in one certain area that was constant. While waiting for news, he turned yellow and lost a pile of weight he could ill afford. He did have an appointment to talk to a surgeon in Vancouver but he  never made it that far. In mid May, a week before his appointment,  he went to the hospital in excruciating pain, which once they got under control, his time ran out. His kidneys shut down. Within days we lost him. This was a man that would have been on the first plane to Mexico to be bombarded by every treatment available, but once the kidneys packed it in, we were told there was nothing to be done. I saw this man a week before he went in hospital. Knowing he was getting worse by the day, he said, "I don't know what to do? Have I a week,a  month, a year to live? I don't know what to think anymore!"
The problem? He had put his entire faith in his doctor's hands. After the family requested a copy of the test results from January, the Doctor admitted he dropped the ball- he never read the test results about the liver cancer. The papers had been filed and never read again until the family requested them. A court case is pending.No shit!

Then there was the lady who was told repeatedly her stomach pain was nothing-, to continue with the antacids. After insisting on more tests,  her wish was granted, albeit postponed a few times in a row. The results then sat on the doctor's desk  for weeks while on his holidays. Upon his return, the lady was in hospital with pain too intense to ever get out again. Time wasted that might  have been invaluable to her family.

How about this: A friend of mine waits over a year to see a specialist, gets the OK for the operation and while on the table, the anesthetist comments on her wait, "You should have complained harder." Really? Is that what we need to do? Become obnoxious whiners? Maybe make things out to be worse than they are to get ahead of the guy behind us? That's not slipping through a medical crack, but it shows you that there ARE serious issues in our medical overload.

Besides being overwhelmed with the baby boomers aging faster than bananas that have been frozen, our doctors are being top-loaded and inundated with a system already overtaxed.

Of course there are fail safes so that these things don't happen BUT, we're dealing with human error here and anything that gets overloaded will start to smoke under pressure.

So what can YOU do to make sure you don't fall into this chasm?

First off, when a doctor orders a test done on you, you have the right to receive a copy of the results. That means, after you have sat before the doctor who explains as best as she/he can in layman terms what it is you have and need, you can take that test copy home with you and have another chance to go over it. Lots of times a doctor will press you to make a decision based on test results while still in their office. Sometimes their opinion of what you should do might NOT be in your best interest. Maybe, say for breast cancer, instead of going through a lumpectomy to remove a small tumour, you might want to see about removing the entire breast instead of facing  a possibility of a recurrence later down the road. For many of us, the thought that cancer may pop up again NEVER leaves your mind. Maybe you want a second opinion on how to handle the situation, possibly non-traditionally through naturalists/herbalists and other trained specialists. I wouldn't recommend that, but some people want to give it a try and it is their right to do so.

Second, know that your health is your responsibility, NOT your physician's. Giving yourself over completely to the care of your doctor is not your best move. You need to work with them, but not totally rely on one of the busiest people you may ever meet. Your doctor is possibly juggling dozens of people's charts, concerns, tests and results every day. See how you can get lost in that?
After seeing a patient, most doctors make notes in the patient's charts. But what if they get distracted, pulled away for a bit of time, maybe they have a crisis at home ... anything can happen.

What am I saying? Look out for yourself and your loved ones. Follow through on test appointments, ask questions about how long before you can expect calls and answers and then mark that on your calendar. Take notes while in a doctor's office. Use the phone and talk to receptionists at specialist's yourself. Find out how backed up a doctor is, if they received your paper work. Do what you need to do, but do NOT just sit there and wait for your doctor to come to your rescue. It may never happen.

And wouldn't that be sad, if you lost your life because of a crack in an over-loaded system. Maybe your name was misspelled or your file was buried in the wrong row. Possibly someone's dog ate it- (worked for me in Grade School)? You going to bet your life that no-one will make a mistake when it becomes your turn?

Guess what- it's only going to get worse! So get over it and get out there and squeak (nicely, please!)if you have to, just do what you can to help prevent slipping into the ever-widening chasm of today's medical world.
Posted by DebiLyn Smith at 9:29 PM