Day 20 After the Second Chemo- Postponing the Third 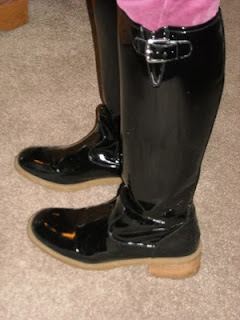 Today is Day 20 after the second chemo. I was scheduled for the third chemo tomorrow, which means I was in to see Dr. B regarding symptoms and blood tests results on Monday. What an adventure the day turned into! The counts were all great which surprised everyone with the shortness of breath I have been experiencing for over a week now. Walking from downstairs to the upper level floor in the house winds me. I sounded like a chain saw coming down Chapman's Challenge on the ski hill on Sunday. I felt amazing for the first few runs- like I was back, strong and powerful again, flying over the barely snow-disguised tree tops. By the time I hit the bottom of the t-bar runs though, I was shaky and breathless riding back up. The chair side opened at 2 pm and I had to stop 4 times on the journey down, although the snow was thick and you had to push it around. And push I did. It felt great, but I couldn't seem to get the oxygen in. Barry figured it meant low red blood cells which carry oxygen through your system. Sounded reasonable? But everything was fine.
So, Dr. B had to rule out some things which meant pulling strings to get me an immediate CT scan in TERRACE! Can you get there? While a snowstorm is raging on? Another hurdle standing between me and getting this ordeal over with. Stand back everyone. Someone might get hurt but I'm going to try it anyway. Thank goodness for the TANK/ suburban and the fact that I hadn't eaten any lunch yet as you have to fast for 4 hours prior to the test. I had 2 1/2 hours to get there and so shakily swayed and fishtailed my way past many logging and highway trucks, with blinding snow coming down on us and a complaining stomach that wanted some food.
I arrived in Terrace: wig-less and white-knuckled with ten minutes to spare.
Terrace was a massive slush puddle and I had a soaker in my ankle leather boots within minutes trying to walk from the parking lot to admittance at the hospital.
The CT scan was done immediately and the tests were all good. They injected dye which is a rush when it goes through your veins so fast. You always feel like you have to pee and it gets so warm between your legs you worry that maybe you did. Good news- I didn't soil myself and No embolism.
Now its getting dark so I call Terry, a great friend who opened her home at the last minute and took me in for the night. Back to Smithers on better roads in the morning, my dry feet encased in some new tall, shiny black rubber boots with buckles on them. Mrs. Claus boots that were not only 50% off but saved my health. This is not the time to be getting wet feet on top of everything else.
Smithers has contacted the oncologist in Kelowna who wants a few more tests, like an ECG and something else more complicated that involves a radiologist present to read as the test is performed. That will be tricky to line up when the necessary specialist is visiting Smithers. More waiting. And no chemo until we get this resolved. I figure (ha!) it's a touch of a flu bug and I need drugs to clear it up, but they're being careful and I am grateful for it. Proceeding could affect vital organs for the rest of my life and we need me to get this fixed first. On a good note, I hold hopes (here we go AGAIN!)...not too high of a hope, but its there...that maybe they will postpone the chemo until after Christmas, so the kids can have me feeling fine, with some colour back in my cheeks. Will that mean I will have to cook Christmas dinner and not just bark our orders for the kids after all???
Things happen for a reason. I truly believe that. Take those rubber boots. How could that possibly be a fluke? If they had been full price I would not have been able to justify buying them at the time. I wouldn't have bought them at 20 or 30 or even 40...but 50 % off. That was my song. Wait until you see them. It's late already and I have to be up early so I'll take a picture later this week and post it on this very blog. It's nice that I can edit things at anytime so the posts do occasionally change.
I'll keep trying to get the news out this way to everyone.
Thanks for being interested. Now I am overdue for some horizontal time!
xoxo
Posted by DebiLyn Smith at 10:11 PM No comments: