Will You CHOOSE to get CANCER?

I don't know how better to say it? I wrote a book about my death defying  experience with breast cancer, terrified that someone else I knew was headed down the Cancer Freeway. But it's still happening. Another one, then another. It's like the cancer boulder is gaining momentum and it's flattening everyone in it's path. 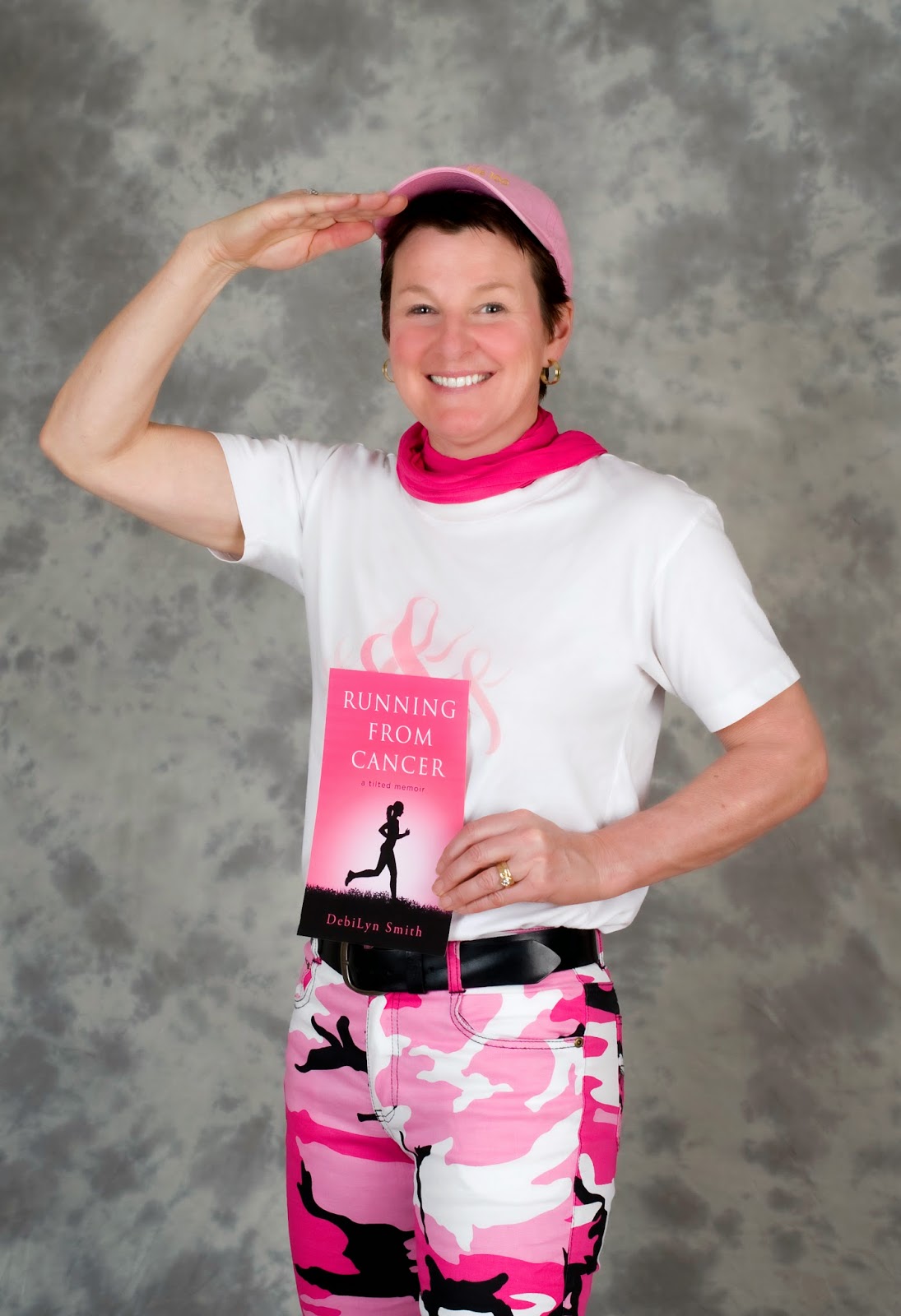 It was four years ago when I was cancer-naive. Yes, there are still people out there that know nothing about how cancer works; about what you can do to up your chances of avoiding the disease.

The Canadian Cancer Society recognizes that almost 50 % of new cancer diagnosis are caused by
lifestyle.

And what is YOUR lifestyle like? If you're maintaining a healthy body weight by getting lots of exercise, eating well with lots of fruits and vegetables, drinking good water instead of too much alcohol or sugary options and have lessened your toxins, number one by  becoming a non-smoker or avoiding second-hand smoke, then you have GREATLY REDUCED your chance of winning that cancer lottery!

Add 1000 mg minimum of Vitamin D supplements, boost your immune system with weapons like organic blueberries, ground flax seed, decaf green tea, kale and other green  leafy vegetables and take up a stress release like Yoga, swimming, meditation or getting enough sleep and you're even MORE protected from that devastating tap on the shoulder that says, "You're next." 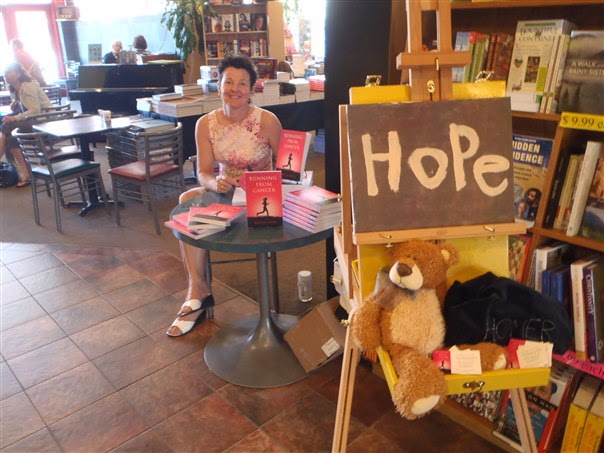 You have alternatives.You can shape up your life right now. Tighten that anti-cancer belt even more. 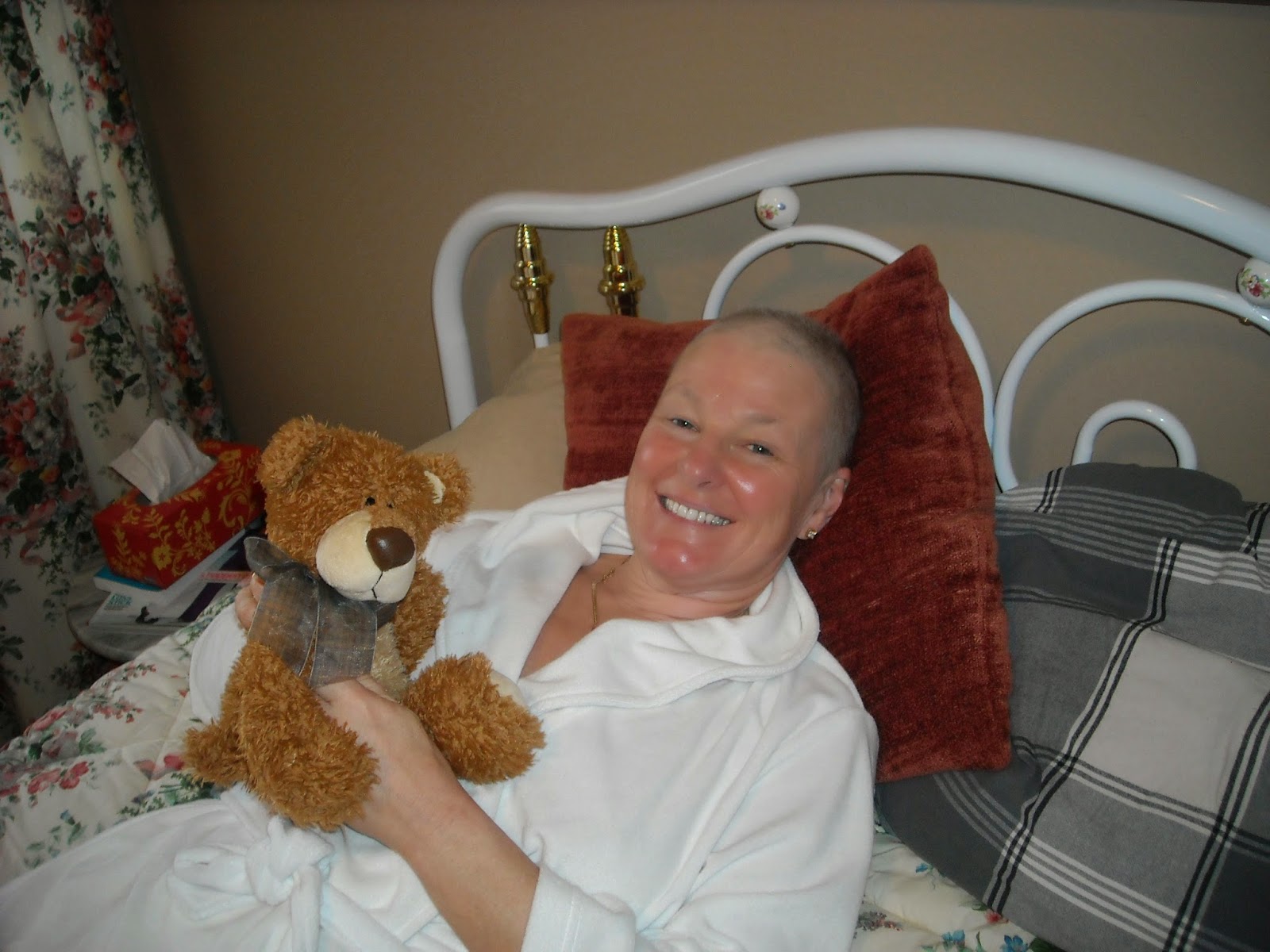 If you are of the 30% who are pre-disposed to getting cancer, you have the advantage of keeping your thumb on any possible run-aways, until its detection. That's where a regular check-up with your family doctor comes in.And a tumour that only had the chance to grow to 1 cm has a much better chance of being survived than one that is 4cm.

Is it sinking in yet? Or will you continue to sink?

I chose to swim instead of sink because I'm not going down again without a better fight. This time, one in my favour.
Pass the brocolli please. 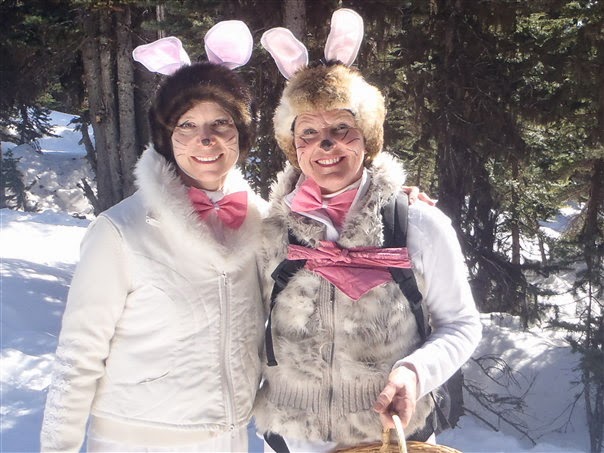 Not to get too religious on you, but ever wonder what the Easter Bunny and eggs have to do with the Christian's belief in the resurrection of Christ?

Well in the beginning, Pagans were more common than Christians. The Pagans celebrated the Spring and the regrowth of all living things with the eggs as a symbol of fertility and the rabbit, known for it's ability to rapidly populate. This was called Easter ( from the goddess Ishtar or another theory from the Saxon's Mother goddess Eostre or from the Latin word for spring "eastre".)

The Christians wanted to find a way to encourage the Pagans to sign up so they melded Easter with the resurrection of Christ, as it too was a celebration of new life and rebirth of all things.

And what better way to celebrate anything but with chocolate? Someone even suggested it was because Christ's last dessert was chocolate.( You can find ANYthing on the Internet). Who am I to disagree? I LOVE that part. If it was all about hard-boiled eggs I don't think we could count as many kids in on the celebrating.

For me it's all about spreading the joy of the beginning of Spring and all that it means to our surroundings. It's the start of mating season for many species, as seen by the squirrels chasing each other in pairs across the snow. The first poke of green noticed in the dry flower bed in the front yard. The deer trying to nibble off any sign of vegetation on the tips of our lilac bush. And the excuse to cram my maw full of candy Easter eggs.

My hunt starts in the stores, trying to find eggs made of a high percentage of dark chocolate. Not an easy task. But after finding some, I put them around the house. Then I enjoy finding them for weeks to come after forgetting where they are.


But the BEST part about my Easter is when my gal pal Sandi and I dress up as ski bunnies and hit the slopes with our baskets of goodies for everyone. Giving is so way much more fun than receiving! The looks on the kid's faces as we bend down to hand them a treat. Priceless. Picture it: Sandi's bunny ears tilting backwards from the wind as we shoosh down the slopes, chocolate eggs bouncing from our baskets as we hunt down the deserving and the undeserving alike. It's Easter. EVERYone deserves a bite of heaven.

Posted by DebiLyn Smith at 8:36 AM No comments:

Mmmmmm. Just smell it! And I do each and every morning  when I pour a teaspoon of Burt's Bees shampoo with Baobab into my palm and inhale deeply. The soothing scent whirls throughout my brain and runs like butterscotch ripple inside my body straight through the rest of me to settle in my feet. It's instant calm. I take a second sniff and feel like I'm floating. WHAT a way to start a day!

So what is it?

Hmmmm. But what IS it?

Okay, so I went to http://whatisbaobab.com 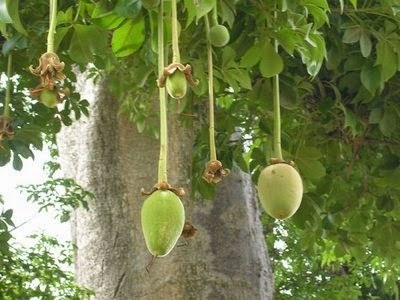 Baobab trees grow in Africa and  have been

But it's that smell! You gotta try it! Next time you hear I'm doing another "Prevent Your Cancer" demo come by and stick your nose into the bottle. Because it's Burt's Bees, it's also a 99.6% natural product. In the old days, this feeling was only had after smoking a cigarette with a latte in hand. Mellow for five minutes before WHAM!!!!!!!!!!! At least this fruit won't have me spinning like a toy top for a few hours. I wish Mom had found it when I was younger. My butt may have been spared a few spankings. And I might have slowed down long enough to learn that I didn't know everything.

HMmm. Baobab.Maybe It could change your life!

Having a bad day? Go sniff some Baobab shampoo and live longer. Because looking for a real baobab on a grocery shelf around here is right up there with finding a young, fresh coconut with juicy flesh you can spoon out like butter. Or winning a lottery.

It's not going to happen anytime soon.

Posted by DebiLyn Smith at 5:37 PM No comments:

Three Months To Lose The Tire: You CAN Do It Too! 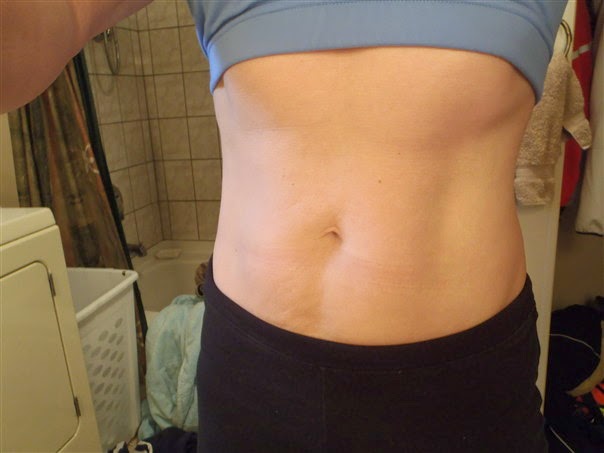 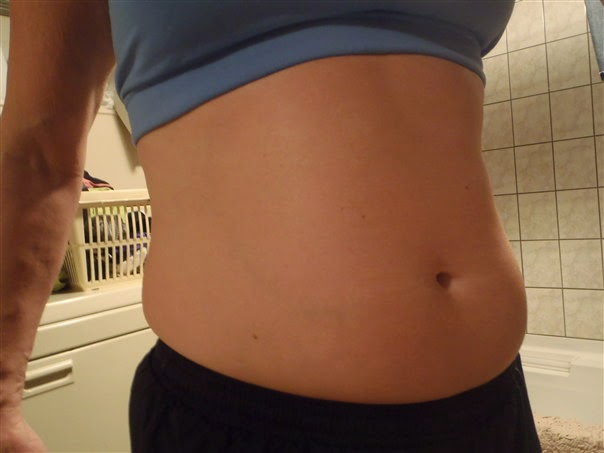 And no...I'm not sucking my stomach in! That was bonafide hard work of 40 minutes a day for six days a week, every week since starting this January first. Three months and my pants are feeling nice and loose for a change.
We're talking Aqua Fit two days a week which is fabulous core work on those stomach muscles. Then a class of run spurts mixed with weights called Circuit Training with Jenny at 6 a:m Tuesday and Thursdays followed by a 20 minute slow jog to the Industrial area and back to the Leisure Facility.Friday and saturday is skiing on Hudson bay Mountain. Burn those buns!!

Diet Change was substituting all oils (butter, mayo, olive oil, fats) to coconut oil- the type for cooking which is unscented and tasteless. All cheese was LOW fat and scarce. Any carbs were Quinoa, quinoa flour, brown rice or brown rice flour, brown rice pastas or sprouted grains. Only organic red meats like moose and deer and only in small quantities. More salmon and trout, some chicken and beans.

Vegis included yams instead of potatoes, lots of leafy greens including Kale chips when a salty craving hit. A variety of colours with yellow and red peppers, green zucchini, tomatoes, eggplant, parsnips, asparagus, always trying something different to get the unique nutrients each variety offers.

Fruits- well an apple a day with a Tbsp of natural peanut butter for dipping for a snack at 3 p.m.
The snack at 10 a.m is usually the same or another fruit with no fat yogurt as a dip. Papya is known to keep you healthy, so I used plenty of it as well as red grapes, oranges, kiwis, bananas, again a mix.

Breakfast is always the same- oatmeal with fruit puree, no-fat yogurt, pumpkin and sunflower seeds with ground flax seed and almond milk. Lunch is a bowl of soup, never cream soup when on a diet, and dinner is less meat based than plant based. One quarter meat, one quarter a carb mentioned above and half the plate in vegis. It's not uncommon for us to have 5-6 vegi options for dinner. I'm quite fond of one pot meals where I cook things separate and throw them together into a casserole. Hamburger with onions, zucchini, mushroom, peppers, whatever needs to be used up, mixed with a can of diced, no-salt-added tomatoes and pre-cooked brown rice pasta.

Dessert? I cook my famous chocolate macaroon recipe that has no flour or sugar and is sweetened with pureed dates. Top that with no fat yogurt, seeds of choice and fruit and you have a royal treat happening. Keep that up for one month at a time and see what happens. I bet you'll have your own success story like I had. If I can do it, you can too. It takes a few more feet being raised instead of more "treats." Treats are for people that have lost weight. Not for those trying to lose it. There will be a time and a place for spoiling your slimmer half once you get there.

Now, what else shall we work on inspiring you to do? Want to learn to play the piano? Naw, me either. There will be an app out soon enough for that.Now if we could only get an app that pipes up when the urge to consume your body weight in chocolate arises??

Posted by DebiLyn Smith at 10:33 PM No comments: