We have hit another celebratory marker. It has officially been TWO YEARS since my last  breast cancer  treatment of  radiation in Kelowna in February 2011. 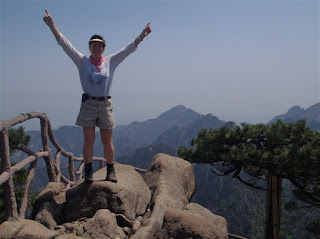 If it weren't for the scars on my side, one would never know I had traveled the cancer causeway. The scars on the breast do not plague me, it's the scar beneath my natural arm-pit that leaves a lingering soreness. I've stopped trying to do chin-ups as where the lymph node mining occurred, it's still feeling slightly swollen and tires easily.  I'm told that may never change. I am regularly swimming and bouncing on the rebounder to keep the puffy-feeling at a minimum.

My post-treatment meds have changed a few times trying to find a lesser of the symptom-evils. I was started on the Taxoxifen and Zoladex until they were sure I was into full menopause. Worried about the side-effect of possible uterine cancer, I had my doctor switch me to Letrozole. Same symptoms with aching joints like you have arthritis, constant hunger and no libido. Not happy with that, I switched to another drug called Aromasin, but the symptoms felt worse than before, so I switched back. The aching I can handle, we will have to live for three more years with the libido issue I am sorry to say. Yes, we're having sex as often as before, but with less enthusiasm on one side. I count ceiling tiles a lot. But, the two years flew by fast enough to surprise me when the day came and went. There's hope.

I have a surgery date for breast reconstruction in May 2013. Dr. Kurz of Prince George is going to replace over a half cup of missing breast with a silicone implant. My bras keep unhooking mid-sentence which my face must reflect. It's funnier to see than to experience. Try re-attaching your bra from beneath your shirt while in the drivers seat trying to pretend like  nothing is going on. Now try it with a sore side.

As for the rest, I feel like I am back!My hair is thick and shiny, including the hair on my legs and unfortunately my face. I am healthy and still exercising faithfully, although I am still at only 90% of me. I think that's because I'm finding I don't care as much anymore. I  am at my goal weight and there's no need to try and get any "fitter" at this stage. I have learned to slow down. That's what cancer did for me.

My non-fiction memoir has morphed through half a dozen titles, the latest being RUNNING FROM CANCER. It has been professionally edited and now goes to a line and copy editor for fact checking, libel issues, and final proof-reading. I had a publisher interested but have heard from other authors that the company is over-extended. Meaning I wouldn't be getting the full value of the marketing necessary to expose this book nationwide. Their largest print run was well below what I want to see. I either need a larger publishing house, impossible to reach without an agent, or I can self-publish. Seeing as I've paid for a content editor and then a copy edit, it is starting to look like I should go the self publishing route. I'm not 100 % sure though and have letters out to two agents at the moment. If they want to run with it, I could keep writing the latest book called Running From ADD. It would be so handy if we could see the future and know which road to take.

Writing the cancer memoir was almost as hard a journey as the dilemma was. It was therapeutic in the sense that I released the locked-up  poison with rehashing the painful memories. It also served to remind me of  the joys of love and acceptance, of having to get to the bottom of me before I could rise up out of the mess.Of all the people that enrich my life.

The next step after the editing will be book jacket design and copy for that as well. The words on the outside of the book far outweigh the ones inside in degree of importance  And as author Maggie DeVries told me, "be prepared to defend every word of your book." I am already finding that to be true.

It's a long process, getting  a book published. Besides,I never did do any-thing the easy way. It just wouldn't be my style.

Thanks for hanging in there with me.
Posted by DebiLyn Smith at 9:58 AM